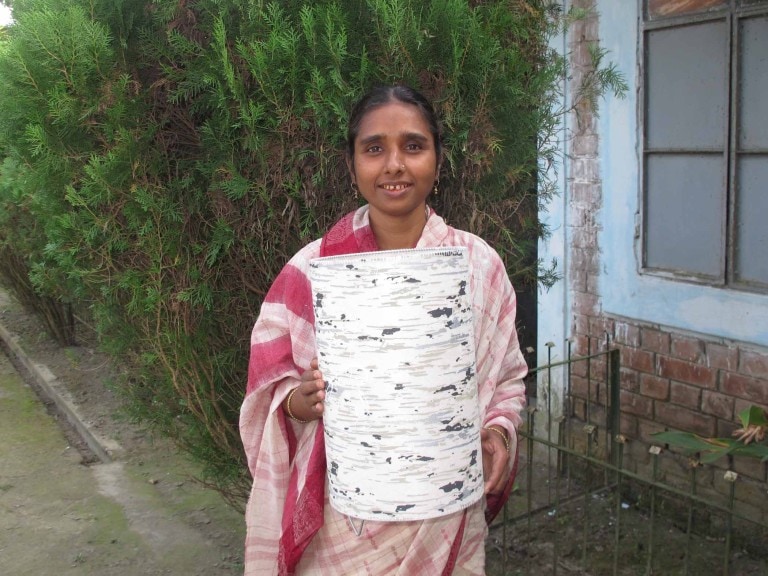 Late last year, we featured Swapan Das (Executive Director at Prokritee and Chairperson of ECOTA) as he shared his thoughts on Fair Trade. We caught up with Swapan recently to learn more about Prokritee, a fair trade company in Bangladesh that supports over 1,500 artisans in rural areas.

Founded in 2001 as a an auxiliary organization of the Mennonite Central Committee of Bangladesh, it formally launched as an independent organization, operating with eight handicraft  units in 2003. 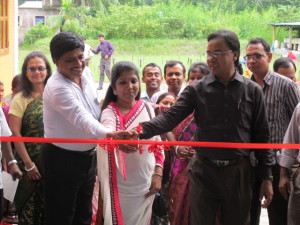 These production units produce a variety of handcrafted items from jute, hemp, water hyacinth, palm leaves, cotton waste, coconut husks, pineapple leaves, wheat straws, and other natural renewable materials. The handcrafted items include paper, cards, photo frames, photo albums, baskets, jewelries, lamp shades, doormats, body scrubbers, twine, dried coconut and Christmas decorations and these items are sold in Bangladesh through SOURCE (a local sales outlet) and internationally through Prokritee’s export marketing division. In addition to this, Prokritee organizes a monthly handicraft fair,  “DhakaCraft Bazaar” to promote fair-trade among the small craft producing groups and a wide range of consumers. Their primary customers are fair trade and/or mainstream wholesale buyers and they currently concentrate on the European market as they have good traction there.

Prokritee has also had a presence at several trade shows including the Hong Kong International Trade Fair in 2014, the Paper World Fair in Frankfurt, Germany in 2015 as well as Ambiente in Frankfurt, Germany in 2015 and they plan to attend two more trade shows in 2016. Some trade shows have been better than others as they have learned lessons on what products to display, location within the show organizing their product line. More recently they’ve been able to connect with five to six new buyers and made over two dozen new contacts. In addition to this they 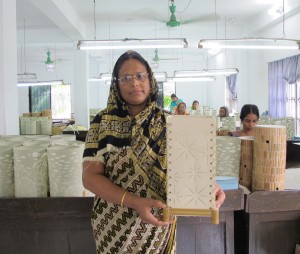 Prokritee has a design department, which provides a support system for the production units to develop new products and improve on the existing ones. Attention is also given to combining the skills of the producers with the needs of customers. The design team is based in Dhaka and they keep tabs on buyers trend reports and develop plans for their seasonal product catalogs and develop guides for their producers to develop their products. They currently have a staff is 115 (roughly 65% men and 35% women) and producers 1,100 (all women).

​While the design and marketing teams constantly reviews the performance of the items to ensure their product lines are “trendy”, the entire design process is a combination of efforts from both the designers and the artisans.​ ​All their raw materials are indigenous and easily accessible and available. As some of their raw materials are seasonal and dependent on production of farmers and the weather, Prokritee purchases these materials in bulk in advance, to maintain consistency in supply.

At the moment the product that has generated the most sales is a recycled basket hamper, that have sold particularly well in the US. This is a new product for Prokritee and is functional, and made of natural and recycled materials. 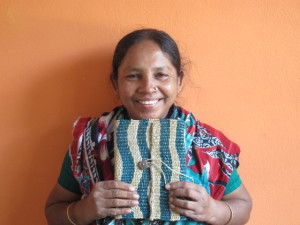 One of their greatest successes has been maintaining consistent growth over the last five years and the ability to obtain World Fair Trade Organization guaranteed certifications for their products.

​An ongoing struggle for Prokritee is climate change – the monsoon is longer and rainfall is heavier than the past years.  This has caused delayed in production of raw materials that need to be sun-dried.  In order to avoid a shortage in supply, they have to plan to keep extra stock of their raw materials so that the production of craft products isn’t affected.

​Over the coming year, Prokritee plans to increase the number of their artisan producers by at least 5% and increase their wages by 10%. 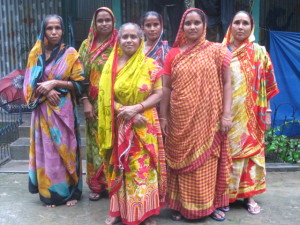 There are also plans to extend their work with indigenous communities in the northern districts of the country.   ​

We look forward to hearing about Prokritee’s continued growth as a model fair trade organization in Bangladesh and seeing their new product lines in the coming year!